Fantastic Beasts 2: The Crimes of Grindelwald

WARNING…SPOILERS AHEAD!!! YOU’VE BEEN WARNED!!!

Rarely are prequel movies, made after the originals, ever as good as the first series. I’m looking at you Star Wars 1-3 and The Hobbit. It’s an oddity, a rare treat to find such a movie, which is supposed to take place before the existing storyline, that meets and/or exceeds our expectations. While I won’t say that Fantastic Beasts has exceeded my expectations, I will say that I have not been disappointed. 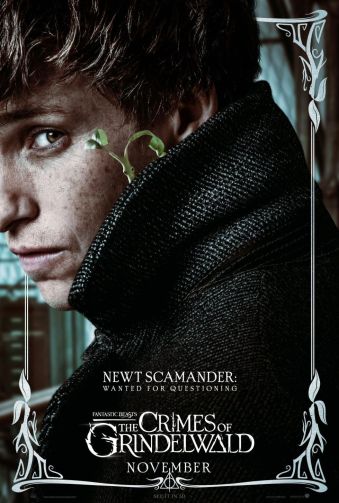 The Crimes of Grindelwald had a lot of hype behind it. It’s another Harry Potter movie. Everyone that I know enjoyed the first one, if not loved it. I’ve yet to physically meet another person that did not enjoy it, although I’m told they’re out there. I went into this movie with some expectations stemming from the Harry Potter series as well as the previous Fantastic Beasts movie.

The movie has a few different stories going on. Zoe Kravitz performance was touching, moving, and honestly, I felt extremely bad for her. The weight of an action that she’s carried with her since young childhood…WOW!! It makes sense why her fear is a floating sheet. Dan Fogler and Alison Sudol kill it in their respective roles as Jacob Kowalski and Queenie Goldstein. As in the first one, they add a good touch of humor to the movie and reflect some real-life characters that are easily relatable.

I do have to admit, however, the Ezra Miller‘s character, Credence Barebone, was probably the biggest let down of the movie. Maybe it’s cause I just don’t think that Ezra is a good actor, or his part was poorly written. However, Credence literally just whines the entire movie. It gets old. He is, however, a very important character in the story…and he plays a role in the Harry Potter series. (That’s all I’m going to spoil about him…cause it’s huge!) 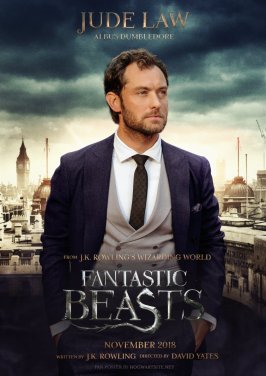 Jude Law as Albus Dumbledore is AWESOME!!! He’s exactly what I expected Albus Dumbledore to be as a young lad. Jude plays the role extremely well. It’s fun to see him as a professor at Hogwarts too. Brings back some nostalgic feelings, especially when Hogwarts just appears on the screen in all its glory. WOW! Great moment in the movie.

Gellert Grindelwald played by Johnny Depp was actually pretty good. I know that there were a lot of naysayers to Depp playing that role. I thought he played it well, although at times I half expected him to ask where the rum was. He just knows how to act the role of a semi-psychotic character on some weird quest…or is he acting?!

The real highlight of the movie, however, was Eddie Redmayne. His performance was awesome! He’s such a believable actor, really making it easy to connect with Newt. He’s that awkward boy who never learned how to connect with people. He has a strong connection to all manner of beasts. He uses some pretty funny tactics to capture one beast in particular. When you see, you’ll know what I’m talking about. You’ll be laughing, don’t worry! Newts awkward interactions with Tina Goldstein, played by Katherine Waterston, really makes the movie that much better. They’re awkward, they don’t know how to talk with one another, they make weird references like “she has eyes like a salamander” and it’s meant to be romantic! I think all of us nerds, on some level, can relate to Newt and appreciate his awkward ways. 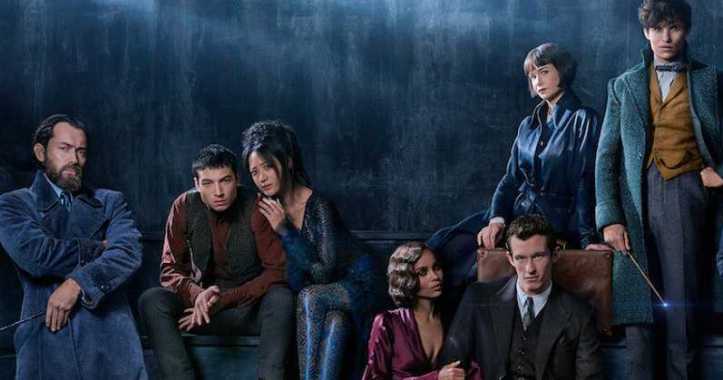 The movie itself met my expectations and even surpassed them a little. I was thoroughly pleased with how well it all played out. There really was no moment of “eh, let’s move on already”. The pace of the movie was good, and when it ended, it did not feel like I had just spent 2 hours in the theater. Oh, and seeing Nagini in human form was a little awkward. But in a good way. She does transform at one point into her snake form, and it’s another total throwback feeling.

All things considered, I would spend my money again to go see it in theaters. I give Fantastic Beasts 2: The Crimes of Grindelwald four couch cushions and a throw pillow.