Spoilers Ahead! You’ve been warned! 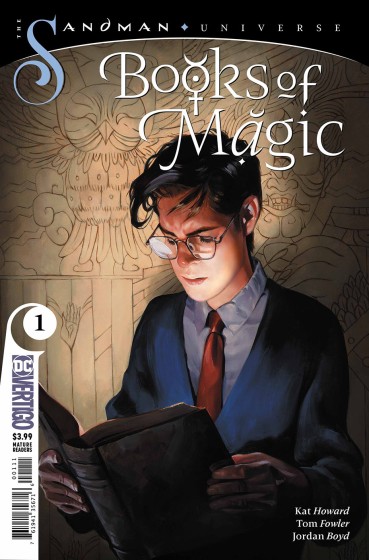 DC Vertigo has some pretty renowned collections of work: Fables, American Vampire, Hellblazer, Jonah Hex…the list goes on. So when the announcement came that there would be a reboot of a “Harry Potter meets Harry Dresden” series about a magician in modern times, I was excited.

Books of Magic focuses on a young boy named Timothy Hunter who, very recently, chose the life of wizardry and magic. He opted to stay out of the mundane life and live in a world with magic. The only problem, he lives in modern-day London, with everyday normal teenage life and problems to deal with. Tim is not one of the popular kids and he does not quite fit in. Sound familiar? Perhaps this is why I feel I can relate to Tim.

This issue of Books of Magic focuses on the current day problem that Timothy Hunter has. He’s still trying to deal with his mother who left a year prior. We aren’t given much except that she just disappeared, whether she died or just vanished or just walked out is yet to be discovered. However, I’m willing to be that it’ll play a big part in the future. Tim has had issues with anger and rage. So many mixed emotions swell within from the loss of his mother to his inability to use magic or even learn about it. He knows that he’s supposed to do something great, as it’s repeatedly told to him in the story, but he feels unprepared as he can’t use an ounce of magic. Undoubtedly frustrating! 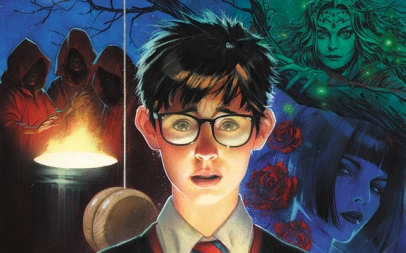 At first, I thought that this would be another Harry Potter series. And, to some respects, it is. Tim is a prophesied about and chosen wizard. He’s destined to change things. He’s an outcast, a misfit, with some serious family issues. However, that’s where it seems to end, at least to this point. He’s not been accepted to Hogwarts where he will be taught how to use magic. He’s expected to learn how to use magic from books that will only reveal themselves when he’s ready. We also learn that there are many watching Tim, trying to prevent him from advancing and learning to harness his magic. Will they ultimately destroy him? Will he discover his magic abilities in time? Or will he be met by a cast of support that will keep him safe while he comes into his own? We’ll have to wait and see. One thing is for sure though, I will be giving the first arc in this series a read.

Admittedly, I never read the previous Books of Magic series. This is my first introduction to this side of the Sandman Universe by Neil Gaimon. Nonetheless, I’m very excited to read this reboot.

I give issue one of Books of Magic 4 couch cushions.